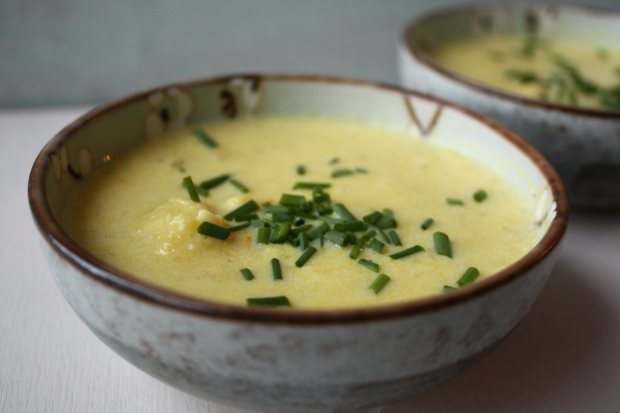 What a weekend it’s been.

Firstly there was Burn’s Night. Boiling pluck, chopping heart, dicing lung, grating liver. All with background Blackadder adding to the madness: “The girl is wetter than a haddock’s bathing costume.” Cooking the haggis and then The Ode. Ah, The Ode to that sweet little trio of haggae.

We found enough chairs for eleven. But the coat rack fell off the wall. Not enough saucepans meant shallow-boiling the neeps & tatties in a frying pan. Speedy evaporation stuck them to the base. Glass smashed on balcony, a empty bottle of whisky and bed.

A kind friend doing “dry January” had put most of the flat back together the following morning by the time I’d got up: “make hay while the sun shines”. But medium-level carnage prevailed. I lay on the sofa and considered my next move. 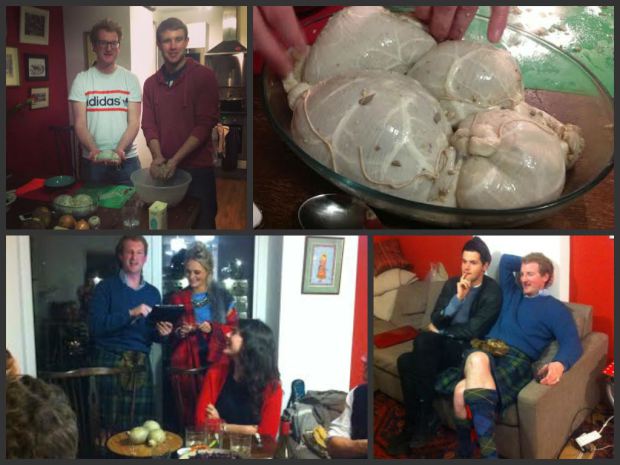 Then desperate knocking on the door: “there’s a flood!” I ran up the stairwell, and already  the floor above us was under two inches of water. Water churned out from a burst pipe. It washed into the lift and crept further and further down the stairs.

We phoned the service company who look after the block. No answer. No emergency number. Only Monday to Friday. We phoned the company who built the block. “What’s your postcode?” they asked repeatedly Water cascaded down the stairwell, Niagara Falls. It started pouring through the ceiling on the floor below. People were running down the corridor in wellington boots, umbrellas held aloft. We phoned the fire brigade.

Firemen love breaking doors. And seeing as it was a Sunday - the worst day to be called out - they decided to treat themselves by breaking down several. They cut off the water supply to the flat. And the torrent stopped. 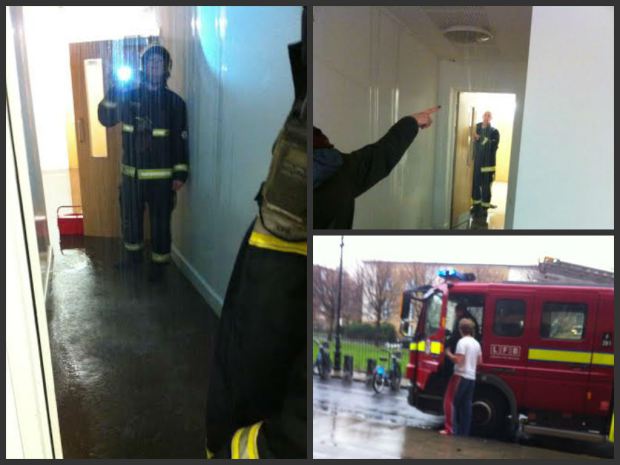 The water hadn’t reached the flat. The floor was dry. But then I noticed it had seeped through the wall in the kitchen - right next to the electrics which controlled the fridge, the freezer, the oven, the microwave, the washing machine. The flat fused.

No lights. No water. Dry mouth.

Tom and I fled the carnage to Stratford Vue for three hours of Wolf on Wall Street. We got home.

No lights. No water.

Panic. I had just won a Jude’s ice cream competition and had six pots of seriously high-end ice cream which were going to melt in our warm, dark freezer. Tom and I decided the best thing was to get started. No point it going to waste.

It was in the midst of this gorging that a plumber turned up and reconnected us to the water supply. Then a lovely electrician who lived a couple of floors beneath us came and unscrewed our sockets. He dried them out. Flicked a fuse, and voila! We were back in action. No need to have eaten all the ice cream - it was barely even soft, let alone melted.

So, all’s well that ends well. But I felt fragile this morning, from all the drama. I’d made cullen skink for Burn’s Night, and hadn’t photographed it to put on the blog. So I thought I’d make it again. It’s not exactly ‘reining it in’, but it’s warm and milky and comforting. The traditional recipe doesn’t use saffron - though often haddock is dyed with saffron, so it’s not a totally incongruous spice to add.

I love saffron so I added a big pinch. The soup is thickened with a fluffy mashed potato, with the warm, milky white fish making the most enormously comforting lunch. Even better for the fact that I’d feared my oven would be out of action for weeks, before it was miraculously brought back to life.

Saffron Cullen Skink
Lunch for 2 or starter for 3-4

1. Heat the butter in a saucepan, and then sweat the leeks until they start to turn translucent.
2. Add the potato, and stir so that they’re coated in a sheen from the buttery leeks.
3. Pour the milk over the potatoes and leeks. Stir in the creme fraiche, and add the pinch of saffron. This isn’t traditional, so if you’re not a fan of saffron then leave it out, but I think it makes quite a beautiful addition.
4. Once the potatoes are cooked, then plunge a hand blender into the saucepan and blitz about half of the leeks and potato to thicken the soup. If you don’t have a hand blender, then mash with a fork.
5. Return the pan to the heat, and add the smoked haddock. Poach for 4-5 minutes until it starts to flake apart. Use a fork to break up the fish.
6. Season with salt and pepper. Serve, and top with chives.

Nb. As you can see from the photographs, this is a very thick, comforting, fluffy version. It is exactly the version you should cook if you’ve recently been subjected to a flood. On Burns Night itself though, I followed Felicity Cloake’s recipe for The Perfect Cullen Skink, which was wonderful, as Felicity Cloake’s recipes usually are.
The main differences were that the fish was cooked fish separately in water and then the fish water was added to the soup, lots of onion, no creme fraiche or saffron. As a result, it was thinner and lighter. Both cullen skinks were lovely in their separate ways - assess your mood and pick the version accordingly. 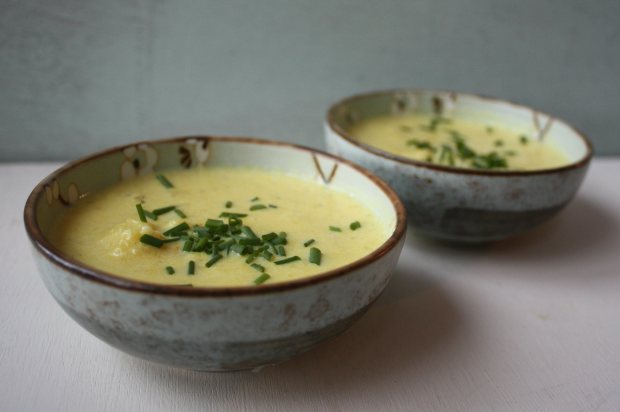 One thought on “Saffron Cullen Skink”